Asssam Institute of Research for Tribals and Scheduled Castes popularly known as -Tribal Research Institute came into existence following a decision of the Government of India during the Third Five Year Plan that a Tribal Research Institute will be established in each State where tribal population is one million or more. Accordingly the TRI in Assam was established in the year 1963 with its head quarter at Shillong which was the capital of undivided Assam.

The basic objective behind the creation of the Directorate of TRI was to contribute towards the intellectual aspect of Government of India’s Policy of upliftment of the Tribal and the Scheduled Castes people to the status of the general categories of the population. To achieve that TRI’s responsibility to create awareness among the tribal people about all the facilities offered by Government. Initially, the Tribal Research Institute was a Government organization under the centrally sponsored scheme on matching contribution of 50:50 basis. Its benefits have been extended to all sections of the ST/SC people of the entire state. Being a premier research institute of the Northeast, it has been working as a Nodal TRI for the Northeast region as declared by the Ministry of Tribal Affairs, Government of India. The State Government with a view to widen the functional scope, renamed the institute as “Assam Institute of Research for Tribals and Scheduled Castes”(AIRT&SC) in the year 1990. Today, this institute has become a premier research and training institute of the Government of Assam working for scheduled castes, scheduled tribes, other backward classes and other disadvantaged and deprived communities of Assam in particular and the Northeast India as a whole. 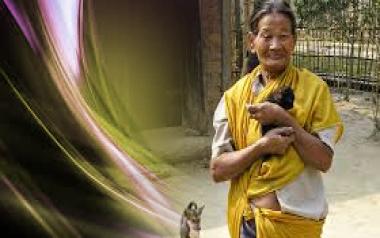